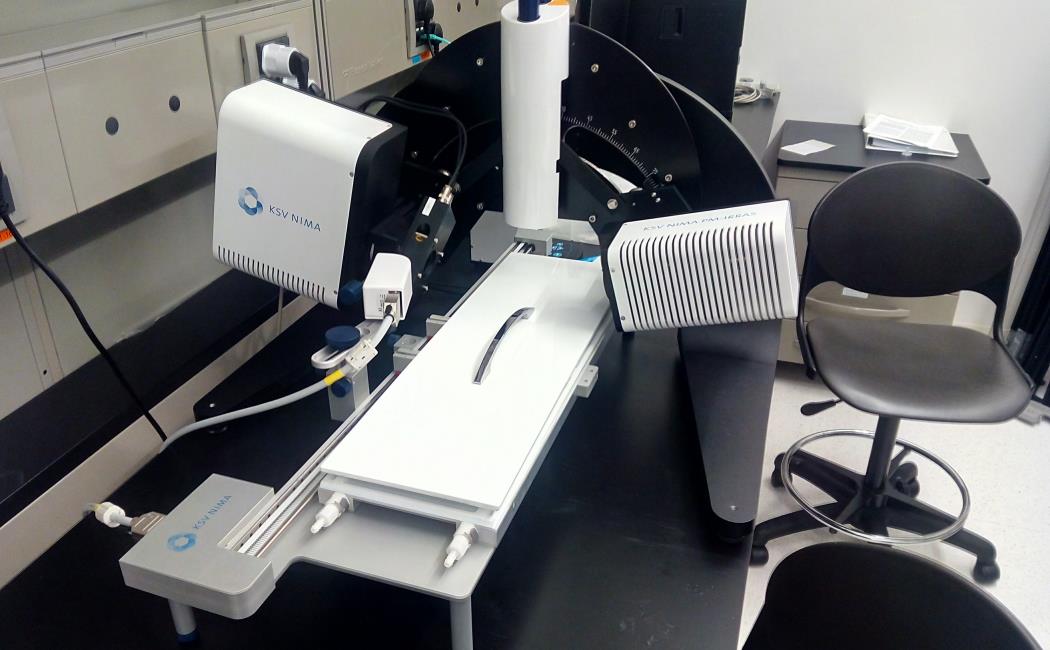 This KSV NIMA PM-IRRAS is a highly specific surface FT-IR equipment which can detect chemical compositions of interfacial films down to monolayer films. It allows the detection of IR signals on substrates and also on air-water interface. In can be used to infer on the molecular absorption/desorption behavior and kinetics, hydrogen bonding, hydration, phase transitions, molecular packing, different reactions and molecular orientation in films.
This model come equipped with a Langmuir-Blodgett trough, which is used to characterize monomolecular films with a precise control of lateral packing and a surface potential sensor for complementary data on the packing and orientation of Langmuir films.